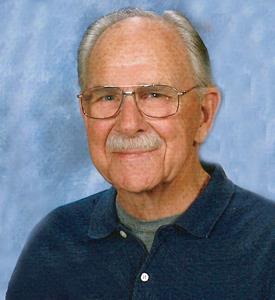 Britt was the Far Western District President in 1970-1971, International Board Member from 1972 to 1975, and served many years as Chairman of the FWD Ethics Committee until his passing.  He was inducted into the FWD Hall of Fame in 1979 and was awarded FWD Judge Emeritus in 1986 for his many years in C&J in the "Balance & Blend" Category.

Britt was a tenor in a registered quartet called "Just One More Song". This quartet performed for over 15 years in the Santa Rosa area with the original four members of the quartet (Wayne Hovdesven - Lead, Dan Schell - Baritone, and Mike Stewart - Bass).  He will be dearly missed in the Santa Rosa Chapter.

He leaves behind, "The Love of His Live", Meg, his wife of 38 years, his adored daughter, Dale Dumiak (Chris) of Chico, his grandson Grant Wiems of Tucson, AZ, stepson Dave Bell (Kathy) of Sebastopol and their two sons Carter and Dawson, and a step-daughter, Carol Bell of Huntington Beach.  He was a graduate of Univ. of California and worked as a soil conservationist until retirement. Britt was preceded in death by his dear daughter, Susan Wiems, and his brother, Martin Brittan.

The Santa Rosa Chapter will be devoting their weekly rehearsal on Wednesday, October 5, 2016 at 7:30 PM to the "Celebration of Life" for Britt.  The chapter meets at the New Vintage Church, 3300 Sonoma Ave. in Santa Rosa Calif.

At his request, donations may be made in his name to the Redwood Chordsmen, Santa Rosa Chapter, 556 Danby Court, Petaluma, CA 94954.