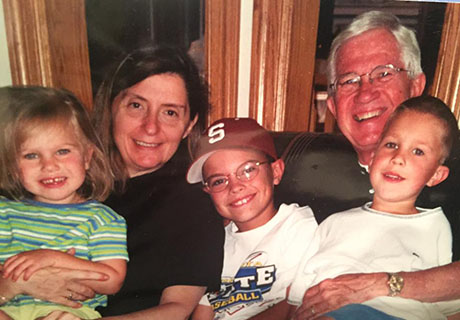 Conrad (Connie) Keil, Tucson Chapter member, coach, and mentor passed away Tuesday, May 30. He had been struggling with cardiac issues and advanced dementia.

Connie was a 50-year barbershopper, singer in more quartets than anyone knows, a director of several choruses, including the Houston Tidelanders (SWD), who earned an International Silver Medal under his leadership. He also was a respected Presentation Judge and coach to many choruses and quartets. He was a member of the Barbershop Harmony Society's Board of Directors and the Southwest District Hall of Fame.

There have been some requests for information about funeral, visitation, possibly singing, etc. I can tell you that Connie will not have a traditional funeral or visitation. His wife Kathy is possibly planning some sort of memorial "celebration of life" later in the summer, perhaps August. Plans are sketchy, but right now it looks as though it will be a small gathering with a few friends and may or may not involve planned singing. We will post more information as it becomes available.