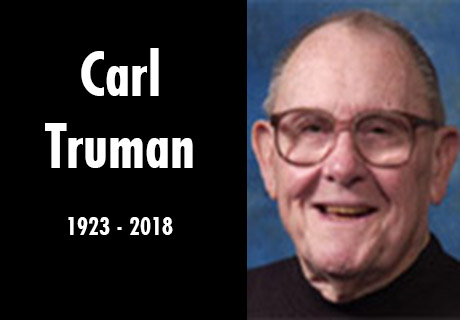 Carl served as President of the Far Western District 1998-1999, and was an officer of the Reno, NV Chapter, serving as Vice President of Music & Performance 2006-2009, as Chapter President in 2010, and as Immediate Past President 2013-2015. He was also a seasoned quartet man, singing lead or tenor over a span of 22 years in such quartets as: Snap, Crackle, Pop & Junior, Barbershop Express, Almost All Rebuilt Parts, The Contemporaries, Rumble Seat Daze, Pacific Sounds, Gas Lampe Revival, Clavimonium, Snap Crackle and Pop Pop, and Four Old Partners.

Jay Ciccotti, who sang with Carl in the Barbershop Express quartet, writes:

My wife and I have been close with the family for a number of years. Carl was not able to sing with the chorus for about five years and we would attend family functions and bring my quartet over to sing for Carl and the family. He became ill about two months ago and was in a rehab hospital until his health was failing and they brought him home where he died peacefully in his sleep.

Carl was a very sweet and caring man and his love of The Barbershop Harmony Society and four part barbershop singing was known by many in the Society.

Carleton was the beloved husband of Wilma for 76 years. He is survived by his son, Carl Howard (Linda); daughters, Elizabeth (Tom) and Nora; grandchildren, Elizabeth (Jerry), Melissa (Daniel), and Olivia; and great-grandchildren, Gavin, Shane, Taylor, Avery, and Lily.

Special thanks to Kindred Care and Kindred Hospice.

Friends and family are welcomed to attend the funeral service, officiated by Pastor John Derme, on Monday, June 4 at 11:00 a.m. at Shepherd of the Mountain Lutheran Church, 955 W Peckham Ln, Reno, Nevada, 89509.