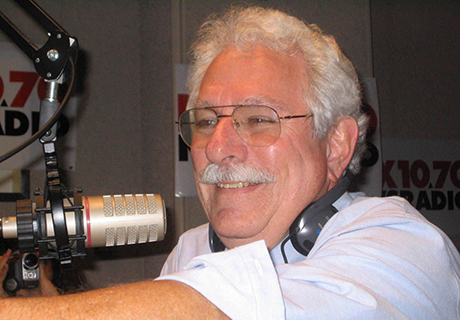 Dave was born in Lebanon, Missouri on November 22, 1944, and was a 1962 graduate of West Phoenix High School, and attended Phoenix College before serving in the Marine Corps from 1964-67 including a year in Vietnam from 1965-66, achieving the rank of Corporal.

His radio news broadcasting career began in 1969 in Phoenix at KOY-AM, moving on to KPHO-AM and eventually KTAR-AM where he was Director of News and Programming from 1978-81. From 1981-2006 he worked for CBS Radio in Los Angeles at KNX-AM until retirement. He received numerous awards for excellence in Journalism including the Columbia Journalism Award and many Golden Mikes.

He was a member of the Marine Corps Combat Correspondents Association and the Barbershop Harmony Society (SPEBSQSA).

He is the author of "Dinky Dau: Love, War and the Corps".

He is survived by his wife, Carolynn, son, David, four stepchildren, John, Christine, Jolie and Robert, nine grandchildren and brothers Ed and Bill.

Dave will be remembered for his broadcast and singing voice, his sense of humor and his kindness. He will be missed by many friends, co-workers, Marines and extended family, as almost anyone who knew him was drawn into his circle of humanity.

Donations in Dave's memory can be made to pawsforveterans.com. Expressions of sympathy www.obriensullivanfuneralhome.com or at www.Legacy.com