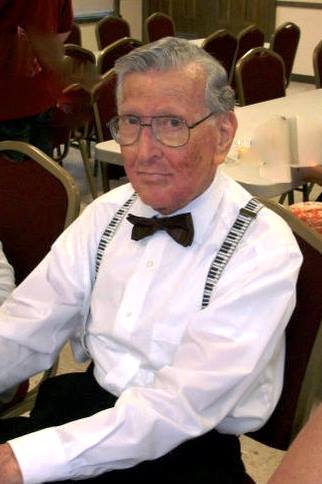 It is with a heavy heart I report the loss of my dear friend, and Father-in-Law, Jerry Fairchild. Jerry passed in his sleep, quietly and peacefully at around 7:30 Pacific Time. He is survived by his loving wife Maureen. Mom is doing very well, comforted by family and dear loved ones, and she has peace in the knowledge that absent the body is present with the Lord. Jerry finished well and he will rest in peace eternally.

Jerry sang Tenor in the 1964 Int'l Champion Quartet, the Sidewinders, from the Riverside Citrus Belters; Riverside Chapter. In later years, Jerry sang and published Gospel works with The Good News Gospel, Barbershop Quartet, and most recently in One Accord with my buddy Kevin Soto. Always a regular at the Harmony for Lunch Bunch, Jerry never missed an opportunity to sing (and wave his arms up front – if they would let him – sometimes even when they didn't).

Jerry always said the best thing about Barbershop was the Encouragement part, and he always did his best to encourage anyone around to sing better. He was singing strong and clear even as recently as Christmas and I bet he got a good spot in the Choirs of Heaven. He's probably telling them all how already.

Mom is preparing a more complete obituary and details of memorial services will be posted in the coming days. Thanks for prayers and well wishes. You are good friends and we love you.

Jerry was born in Gary, Indiana to Luzerne and Mildred Fairchild on May 3, 1931. He was raised in Omaha and Lincoln, Nebraska. He graduated from Northeast High School and spent his first year of college in Lincoln and then moved to Arizona. He received his Bachelor's at Arizona State. He taught for a couple of years in Arizona and then moved to Fontana, where he taught for several years and spent some time in school administration. He received his Master's at Cal State Los Angeles and later his Doctorate at UCLA.

He got involved in Barbershop Quartet singing and formed a quartet while in college in Arizona. The fraternity quartet won a contest on the campus. While in California, he directed the Riverside Citrus Belters Chorus. He took them to 3 District Championships and 3 international 5th place medals.

During his years in Barbershop, he sang in many quartets. In 1961, he met Joe Daniels, who had just moved out from New York. Jerry was singing in the Sidewinders quartet at the time and Joe joined to sing the lead. They sang together with Jerry singing the Tenor. They went on to win the international contest in 1964. After the Sidewinders retired, they went on to sing with the R.S.V.P. quartet for several years. After they retired, Jerry sang in several other quartets.

Jerry was very involved in his Church and in the community. After Joe's passing and Katerine's death, Jerry married Joe's widow, Maureen. They had known each other for many years.

Jerry is survived by his wife Maureen, his children, Richard Nicholson (Selma), Diana Heemstra (John), Suzanne Goebel (Steve), Kathleen Brenneman (Bill), Joseph Daniels (Becky),Scott Daniels (Maureen), 17 grandchildren, and 11 great-grandchildren. He will be missed by his family and his many friends. 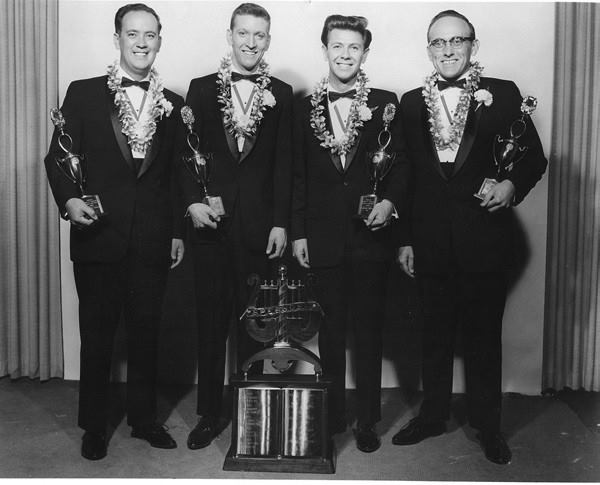