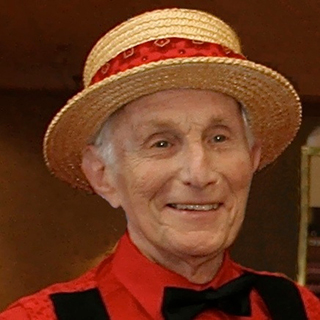 Jerry Orloff, an internationally known barbershop quartet singer and teacher, passed away at his home in Aptos on October 25 after a lengthy struggle with vascular dementia. He was 82. Jerry, who shared his passion for four-part harmony with his wife, Kim, was inducted into the International Barbershop Society’s Hall of Fame in 2011.

As a member of the Mixed Metafour Quartet (a unique coed mixed barbershop quartet with his wife plus Bev Wesley of Aptos and several other men who sang the lead part between 1984 and 2012), Jerry performed and shared his love of singing throughout the world, with appearances in New Zealand, Australia, England, Sweden, Wales and Russia as well as across the United States. In 2001 Jerry and Kim created an additional quartet with another couple, Brian and Holly Beck, of Dallas, Texas. This quartet, Hao Yun Qui, was specifically formed to teach the barbershop style in China; they made several trips there from 2001 to 2003, teaching at universities and senior organizations in Northern China. The quartet taught standard American songs in English as well as several native Chinese folk songs which they had arranged in barbershop style and learned in the original Mandarin.

Jerry was also a member of the local Santa Cruz Chapter of SPEBSQSA, also known as the Gold Standard Chorus. He participated in many of their shows (both in the chorus and with his quartet), as well as singing “Valengrams” every February, and Christmas carols in shopping centers every December.

While music was the center of his life, Jerry also was a devoted father of four who shared his love for the outdoors and fishing with sons Dan, Randy, Mike and Barry. From the time they could walk he went with them on fishing and houseboat trips... a family tradition which continued throughout his lifetime. He was no stranger in the kitchen, making fantastic chicken matza-ball soup and sharing with all his sons his unique talent for pickling cucumbers, carrots, tomatoes and whole watermellons. Jerry’s other passions included photography and anything Minnesota - often torn between his love of the Minnesota Vikings and San Francisco 49ers. He was an avid hockey fan, and was a play-by-play radio announcer for the St. Paul Saints in the early 1960’s. Born in St. Paul, Minnesota, Jerry moved with his family to Daly City, CA in 1963. There he owned and operated a paint and art supply store with his parents Solly and Florence Orloff for nearly 20 years. He moved to Aptos in 1983, and soon thereafter retired from sales in order to work full-time sharing the joy of singing harmony.

Jerry’s family will join many local barbershop singers for a musical celebration of his life at 2pm on November 23 at Felton Community Hall, 6191 Hwy 9, Felton CA. Besides Kim, his wife of 30 years, Jerry is survived by his first wife Terry Martin of Santa Clara, CA; his sons and their wives, Dan and Sherené Orloff of San Jose, CA; Mike and Julie Orloff of Greenville, CA; Randy Orloff of Alameda, CA; his grandsons Lieutenant Benjaman Orloff and his wife JoEllen Orloff of Ridgecrest, CA; Nate Orloff, of Los Angeles, CA; Travis Orloff, of San Jose, CA; his great granddaughter, Ella Rose Orloff; and his brother and sister-in-law, Mickey and Sue Orloff of Foster City, CA. He is also survived by members of his barbershop quartet family: Mixed Metafour/Mixed Bag leads Paul Eastman, Elmer Fairbanks, Ed Tyler, Steve Sammonds, Steve Bishop, and Bill McCain, baritone Kim Orloff, and tenors Bev Wesley and Jackie Bishop. Jerry’s harmonies also continue on in the lives of many barbershop singers throughout the world. If you would like to light a candle and share your condolences with his family, please visit www.pacificgardenschapel.com

Remembrances in his name may be made to Young Men in Harmony/Harmony Foundation International (www.harmonyfoundation.org) at 110 7th Ave North, Suite 200, Nashville, TN 37203.